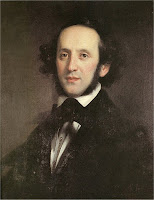 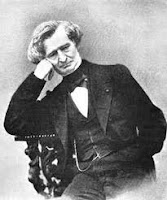 The Columbus Symphony performs the incidental music to a A Midsummer Night's Dream, Berlioz song cycle Les Nuits d'ete and his three choruses, Tristia March 30 and 31 at 8 and Sunday, April 1 at 3-Southern Theater.

I first heard the Berlioz six songs for voice and orchestra, Les Nuits d'ete about 175 years ago during my college years. One fast song, four slow ones and a fast finale. Complicated French poetry. One voice. no chorus, no blood, no splash and dash. I was unimpressed.

Oh to be young and stupid! Oh to be (much) older and less stupid! The Berlioz cycle has become an obsession in recent weeks. I welcome the chance to hear it live--again.

Berlioz was in his thirties when he prepared these songs for voice and piano. The orchestration followed in 1856. Jose van Dam made a fine recording of the set with pianist Jean-Phillipe Collard. I'd like to hear these sung by Bryn Terfel or Juan Diego Florez or Jonas Kaufman. But the women have truly owned the cycle. Odd, since Berlioz initially wanted at least four different singers and voice types to share the wealth.

Theophile Gautier's poetry is rich, hedonistic, suggestive and more than a little perfumed. Literally. The second song Le spectre de la rose is a narrative by the ghost of the rose "you wore last night at the ball." Said rose so rich, so glorious, good enough only to adorn "her".

Upon the alabaster where I rest
A poet has written with a kiss:
Here lies all rose
Which kings could envy


In the final song, L'Ile inconnu, The Unknown Island-she (the eternal she?) is offered a boat with sails of pure silk, to sail to Java, or the coast of Norway, or the Baltic, or the Pacific, or to the coast of love-a coast still unknown

Berlioz liked it big. He was no minimalist, not even in his many melodies. (Zaide is practically a mad scene.) The combination of Berlioz' grandeur and Gautier's sensuality is, well...let's just say its a borderline healthy obsession I'm having with these songs, and if you think Le spectre de la rose is about a flower, think again.

We have the bonus this weekend of hearing the three choruses making up Tristia (sadness is not suggested). Berlioz published this collection in 1852. The three were written separately, between 1831 and 1844. There's a wordless song inspired by the final scene of Hamlet, a setting of Gertrude's lament for the drowned Ophelia, and the opening Meditation religeuse to poetry by Tom Moore. Why don't we hear Tristia more often? Especially the Mort Ophelie with its long melodic lines and dark harmony, this music doesn't try to be grand and operatic, but simple, direct and heartfelt.

Mendelssohn's name was made by his Overture to A Midsummer Night's Dream written at age 17 when the young man was well into his career as a pianist, conductor and composer. Eventually the young man landed a prestigious gig as musikdirektor of the Gewandhaus Orchestra. He came to the attention of the King of Prussia, who loved music and Shakespeare. The Bard had already infiltrated the opera house with Bellini and several lesser lights-Verdi was to come, so was the young Wagner (Die Feen) and more Berlioz. His Majesty wanted music for a production of Shakespeare's Sommernachtstraum to be staged at his palace.

Felix Mendelssohn obliged with music that almost-I said almost-eclipses Shakespeare in its humor and seductiveness. Mendelssohn added the overture he had written fifteen years earlier and his success was complete. The strings and high winds prance for Puck and his cohorts-and we all know the sumptuous march at the heart of the score:

Posted by Christopher Purdy at 3:25 PM No comments: 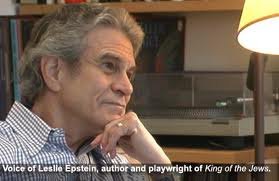 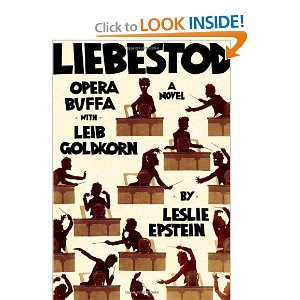 What do George W. Bush, Condoleeza Rice, Lili Lehmann, the Satmar rebbe, Carmen Miranda, and James Levine have in common? Give up? All are featured in Leslie's Epstein's new continuation of the saga of Leib Goldkorn, "Graduate, Akademie Institut der Musik, member of the Steinway Quartet, principal in the National Biscuit Company Orchestra, A. Toscanini, conductor". Und so weiter.

At 104, Leib Goldkorn is recalled to his hometown of Jihvala (Iglau) to be feted as the town's oldest holocaust survivor. Leib decides he is the abandoned son of one Gustav Mahler. Papa conducts Tristan at the Hofoper in Vienna with Lili Lehmann in blonde tresses bewitching the young Mahler Jr., along with a pasty young man in a checkered suit with pockets supplied with candy and pants with the unspeakable. (Think who said young man might be) And this is early the book.

Welcome to a zany world that makes perfect sense to the title character. We climax, if that's the word, at the Metropolitan Opera house at "A. Lincoln Center", where our Leib conducts the world premiere of Papa's abandoned opera-starring Renee Fleming. She of the intoxicating voice and presence who proves her devotion to elder Mahler-Goldkorn, along with Luciano Pavarotti as the Prince and Placido Domingo as the head turnip. Or whatever. All ends not well.
Leib's cousins turn out to be...oh, never mind.

This book is worth reading if only to imagine dubbyah the opera. Sitting down front, yet. It's even more worth reading for the plot twists and broken diction of Mr. Goldkorn and his enjoyment in his own reality, if that's the word. I read this novel in one sitting and then read it again. The more you read, the more you enjoy.

Leslie Epstein comes by his creativity honestly, as the son and nephew of Hollywood royalty-screenwriters for Casablanca-among others. Mr. Epstein has for many years chaired the program in creative witting at Boston University. There must be something great in the air on Bay State Road. Read this book, then go find Ice Fire Water, King of the Jews and San Remo Drive. Epstein gives us a magic carpet ride through one man's enviable mania.
Posted by Christopher Purdy at 10:35 AM No comments: 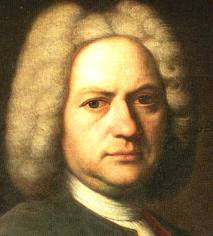 I love the fact of 2 wives and all those children-and the fact that JS himself spent a weekend in the hoosegow fro drunken brawling-then went home to write the St. Matthew Passion. What's not to love?
Posted by Christopher Purdy at 9:45 AM No comments: 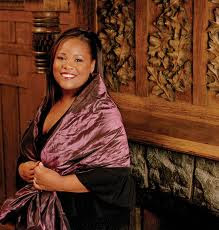 Be there!
Posted by Christopher Purdy at 9:56 AM No comments: 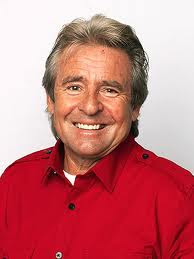 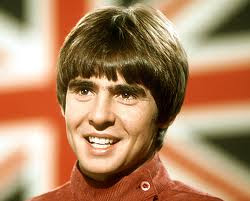 I readily admit to being a big fan of the Monkees when I was ten years old.

Rest in Peace, Davy Jones.
Posted by Christopher Purdy at 3:29 PM No comments:

Nicholas McGegan is in town this weekend to conduct music by Rameau, Mozart, Haydn and J.C. Bach with the Columbus Symphony.

Beverly Sills used to say, "I don't share praise, I don't share blame and I don't share deserts."
I don't often share my pre-concert talks. BUT McGegan is irresistible. When he was here a few years ago, he took over, and loud was the laughter! So this weekend he'll be joining me, one hour before concert time.

During an interview yesterday, McGegan offered these bon mots:

"Were I to invite a group of composers to dinner at the same time, there would be guests you absolutely do not want. Wagner would have been awful. He'd have only talked about himself. Bruckner would have prayed a lot, no harm in that, but not great dinner conversation. Mozart would have been nice. He probably would have thrown bread rolls at pretty girls, but that would have been okay. Mendelssohn would have been wonderful, he would have answered your questions in any language. But Haydn would be the ultimate guest. Handel of course
would have eaten your food as well as his own, and Bach would have wanted more beer."

See what I mean?


Posted by Christopher Purdy at 2:59 PM No comments: