Sad.
It seems to me as if he lived and died like an unloved eight year old.
For all that talent, he was still the kid nobody wanted.
Posted by Christopher Purdy at 10:45 AM No comments: 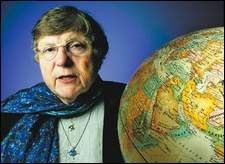 While following the horror shows going on in today's Iran, I'm reminded of an interview I did a year or so ago with Kathryn Koob. Ms. Koob was one of the Americans held hostage in Iran in 1979-the infamous 444 days. She's a woman of great faith and guts and I enjoyed talking with her. I'm tempted to call her again and ask for her assessment of what's going on today, but it sounded to me as if she'd moved on with her life quite nicely. Meanwhile, if you are interested, my interview with Ms. Koob is on line at

Do you think I should call her again?
Posted by Christopher Purdy at 11:26 AM No comments: 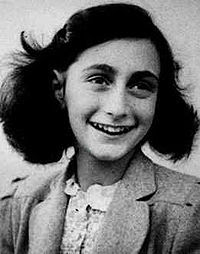 Anne Frank was born on June 12, 1929. I would have liked to have remembered her eighty years to the day. There's a lot to remember, and a lot to be grateful for in that short life. I consumed her diary when I was a kid. I hope my daughter did the same (she'll never tell me). There's a great website devoted to Anne Frank's legacy and I recommend a visit: www.annefrank.org.

It is always good to think of Anne and what her words mean when nutcases run lose to spew filth on the web and barrel into holocaust museums with guns. That a play about Anne Frank and Emmet Till was to be performed at the museum just a few hours after the shooting is a terrible irony. My daughter and her school visited the Holocaust Museum a few years ago. She read Viktor Frankl's "Man's Search for Meeting" at school. This morning I was glad to read on the Anne Frank site that Miep Gies, who helped shelter Anne and her family, is in good health at age 100.

Time to read "The Diary of Anne Frank" again. Can it be read too often?
Posted by Christopher Purdy at 11:48 AM No comments:

THE HELP by Kathryn Stockett

I want to recommend this new novel by Kathryn Stockett.
I'm only half way through it, but its the best fiction I've read in a long time.
Though its presented as a novel, every page rings so true that it would read convincingly as a non fiction examination of race relations in the deep South in the 1960s. The worlds of white society and the African American help intersect on every page, and as the begin to cross things get dicey. Most of the whites were raised by African American women. Abiliene is raising Mae Mobely, whose Mother is indifferent to her. The point is made that these children get love and nurture from "the help", then grow up to be like their Mamas. James Meredith, Rosa Parks and Medgar Evers frame the context of this book. It's 1962. Mrs. Parks has already refused to move to
the back of the bus, and Mr. Evers has just been murdered.

I'm still reading so I'll say no more for now. Except that I want my daughter to read this book.
Posted by Christopher Purdy at 8:56 AM No comments:

CATHOLICISM: BLAST FROM THE PAST

Monastic life has always intrigued me. I am old enough to remember, barely, the pre Vatican II days of the Catholic church. During a kiddie mass back in 1964 we all knelt with the Grey Nuns hovering nearby, while a priest droned on about all "the changes." I remember his tone and the look of some of the nuns. Within a few years the nuns were in mufti. A few years after that the nuns were gone and so was I.

(This same church, Sacred Heart, Lexington MA, attracted a lot of negative comment a few years back when during the remodeling they got rid of the pews and the kneelers...were they saying no kneeling to pray allowed?)

So I am both horrified and fascinated, and drawn to the Slaves of the Immaculate Heart of Mary. They are a religious order of sisters and brothers, with a school, out in Massachusetts. The St. Benedict Center was the later home of one Father Leonard Feeney. He was known for his rants on Boston Common fifty and more years ago, preaching one theme: Extre Ecclesia Nulla Salus. Without the Church there in No Salvation. He meant the Roman Catholic Church. He was saying out loud what was the accepted dogma when I was very young. Eventually Feeney was driven to a remote part of Central Massachusetts and that's where his adherents are today. The sisters are in the full traditional habit. The Latin Tridetene Mass is the only one celebrated. There's a busy school, there are publications and there's no use for gays, protestants, Jews, abortion rights, stem cell research...there's room only for Roman Catholic dogma. No argument, no debate. The orders don't look crowded, but they are active.

Do they anger me? No. As I said, I'm fascinated, even if I just can't go there. I wonder how many stay? Commitment and strength there certainly is, but total acceptance of any dogma without the opportunity of argument or free thought do not rounded adults make. And it seems that any group proclaiming themselves THE ONLY and better than embraces divisiveness and separation. Well, God bless 'em I guess. I'll pray that they learn to embrace their views and listen to others. Still, it touched me to know the Latin mass is still said, and that there are religious willing to live the dogma fully. I guess.
Posted by Christopher Purdy at 10:12 AM 2 comments: 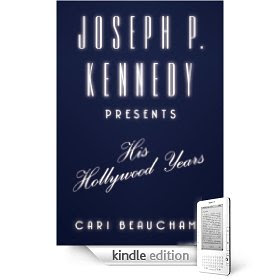 Here's a fresh look at the Kennedy patriarch via his years in the movie business, c. 1920-1930. Self- invented as "the world's youngest bank president" (His father was on the board of the bank) Kennedy was smart enough to realize early the profit potential of moving pictures. By the early 1920s he had snapped up distribution rights first throughout New England and later nationally. At one time he controlled FBO-later RKO, First National and Pathe, all major players in film production and distribution. Cari Beauchamp brings a film historian's knowledge of the time, a business professor's understanding of the intricacies of finance and manipulation, both of stock and more importantly, of people.

Kennedy's most notorious Hollywood collaboration embraced the bedroom and the film studio. Gloria Swanson was the undisputed Queen of Hollywood during Kennedy's years as a player. And play they did! With her finances in disarray, Swanson turned to Kennedy for a bailout and fiscal management. Their affair tore the place up! Fifty years later Gloria Swanson claimed that the Archbishop of Boston, William Cardinal O'Connell, told her to give Kennedy up, that she was "an occasion of sin".
A publicist would run with that today! Business wise the liaison was a disaster. "Queen Kelly" was supposed to be the epic crown to Gloria's career. But director Erich von Stroheim let his porno fed imagination run away with him. Expenses mounted and hours of film were unusable. The project was scrapped with Gloria left to foot the bills. Kennedy went back East.

There's a pattern there. Old Joe goes in for the kill , pockets the profits and leaves others to clean up and pay up. Somehow we can't feel sorry for Gloria. Glamour goes a long way and Swanson didn't appear impoverished when she died at 84. Fred Thompson is another story. A likable, truly nice guy, Thompson was parlayed into an early screen cowboy career. He literally signed himself over to Joe Kennedy and his career died. So did Fred, of a purported aneurysm on Christmas Day, 1927.

Cari Beauchamp's expertise takes us right back to the silent era. We are in on the meetings and in on the affairs and gloat over the take and see Kennedy emerge as a fascinating, brilliant player with no conscience. (The young JFK is quoted, "We lived great in the 1930s. I learned about the depression at Harvard")
You won't put this book down.
Posted by Christopher Purdy at 9:16 AM No comments: