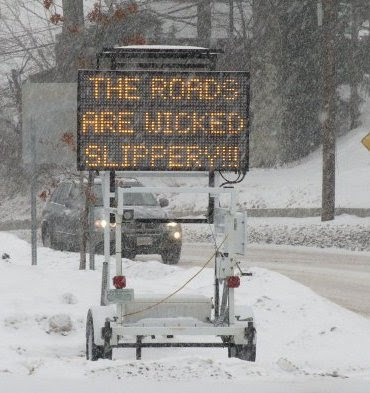 I love this sign up in Massachusetts yesterday during the blizzard. I'm homesick!
Posted by Christopher Purdy at 3:59 PM No comments:

Starting Out in the Evening by Brian Morton
Sovereign by C.J. Ransom
A Private Family Matter by Victor Rivas Rivers

Too Much Money by Dominic Dunne
Motherless Brooklyn by Jonathan Lethem

How to Become Stupid by Martin Page
True Compass by Edward M. Kennedy

High on Arrival by Mackenzie Phillips

The Weismans of Westport by Catherine Schine

*The Ask by Sam Lipsyte
Tchaikovsky by Roland John Wiley

George, Wilhelm and Nicholas by Miranda Carter
One True Thing by Anna Quindlen

This Time Together by Carol Burnett
The Girl Who Fell From the Sky by Heidi W. Durrow

The Bridge (Obama) by David Remnick

One L by Scott Turow

*The Heart is a Lonely Hunter by Carson McCullers
Troubles by J. G. Farrell
Free for All by Joseph Papp and Kenneth Turan
Why Mahler? by Norman Lebrecht

The Ballad of the Sad Cafe & stories by Carson McCullers

Wake Up Sir by Jonathan Ames
Eye of the Red Tsar

Fifth Avenue Famous by Sal Basile
Speak Low When You Speak of Love, the Correspondence of Kurt Weill and Lotte Lenya

Memoir by Patti Lupone
*The Wake of Forgiveness by Bruce Machart
A Study in Scarlet by A.C. Doyle
The Mind's Eye by Oliver Sacks

Freedom by Jonathan Franzen
Sign of Four by A.C. Doyle

*Nemesis by Phillip Roth
The Queen's Governess by Karen Harper

Must you Go? by Antonia Fraser
Victoria's Daughters
Joan Crawford by Donald Spoto
Running the Books by Avi Steinberg

*Why Not Say What Happened? by Ivana Lowell
True and False, Common Sense and Heresy for the Actor by David Mamet

Matterhorn by Karl Marlantes
The Slap by Christos Tsioklas
Tinkers by Paul Harding
Nemesis by Philip Roth
Sunset Park by Paul Auster
Why Not Say What Happened by Ivana Lowell
Posted by Christopher Purdy at 2:44 PM No comments: