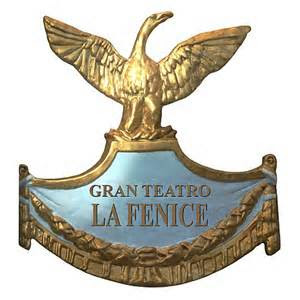 To celebrate Giuseppe Verdi's 200th birthday I am listening to one of his operas every day, in chronological order. This is becoming a fascinating journey! Not every opera is a masterpiece, but Verdi was already different than his peers and immediate predecessors with his first opera, Oberto. He had a forward momentum mixed with drama that made a long opera blaze on. Later his characters became more reflective and more interesting.

This opera is neglected for a reason. It is minor-league Verdi. It would be a hit had it been written by a minor
league composer. This is not history's Maid of Orleans but Schiller's. No bad thing that, but Joan's flirtation with the dauphin and death in battle are unconvincing. Verdi was probably attracted by a battle field demise  in Austria controlled Milan., rather than the historical burning at the stake. The duet between Joan and her father-one of the most annoying characters in any opera-sounds downright jolly, totally divorced from the words. The aria Sempre all' alba is gorgeous. The rest sounds pasted together in a hurry.

Verdi in his old age called Alzira "really ugly". I don't agree. There are sillier opera plots than this one: wars between the Incas and the invading Spanish in Peru. Alzira herself is not an compelling character and has dull music. So does the tenor. The baritone role is terrific if there are any real Verdi baritones around (Cornell MacNeil sang it) The first act has a magnificent sextet. Alzira's not great but is by no means "ugly"


This is an old fashioned thrilling Italian opera. There's no subtlety. All of the music is "in your face". There's
even  quasi mad scene for the title character.  Odabella is a fiery dramatic soprano-a sister to Nabucco's Abigaille. There's lovely 'dawn' music in the prologue and a great duet for bass and baritone in Act I. The tenor role is dull but Attila is a vocal joy ride for the bass and for the audience. My generation is completely spoiled by Samuel Ramey in this role. Bravo.


Posted by Christopher Purdy at 1:49 PM