What did you read in 2017?
What were your favorite reads?
Please tell!
We'll talk about favorite reads on WOSU's All Sides Weekend: Books

These were my favorites read in 2017:
(in order of when read)

+No one Cares About Crazy People by Ron Powers

Non-fiction. Two adult sons with schizophrenia. One survives. The other doesn't. The parents find a way to live on.

The Hate U Give by Angie Thomas
Because as a white guy who was raised in a pricey suburb I had no idea.

Defending Jacob by William Landy
The teen age son of a  D.A. is accused of murder. A devastating twist near the end. Just as you were getting comfortable...

+Toscanini: Musician of Conscience by  Harvey Sachs
Mr. Sachs's second, greatly expanded biography of conductor Arturo Toscanini (1865-1957). An artist with a messy private life, a searing musical talent who stood up to Mussolini and Hitler.

The Return of the Prodigal Son by Henri Nouwen
Unconditional love.

The Heart's Invisible Furies by John Boyne
A journey in Ireland with the Irish from 1945 to today. Infuriating and redemptive.

The Things They Carried by Tim O'Brien
Vietnam, being there and living with the repercussions. Required reading for anyone who lived through the 1960s but was too young-or clueless-to understand at the time.

"...Gandhi recognized, as no other world leader of our time has done, the necessity to be free from the pressures, the exorbitant and tyrannical demands of a society that is violent because it is essentially greedy, lustful and cruel. Therefore he fasted, observed days of silence, lived frequently in retreat, knew the value of solitude, as well as the totally generous expenditure of his time and energy in listening to others and communicating with them. He recognized the impossibility of being a peaceful and nonviolent man if one submits passively to the insatiable requirements of a society maddened by overstiumulation and obsessed with the demons of noise, voyeurism and speed."

A Tribute to Gandhi included in Seeds of Destruction by Thomas Merton, published in 1961. 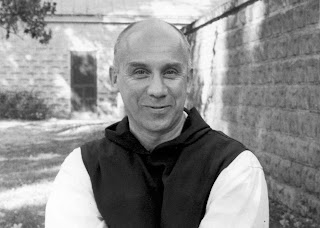 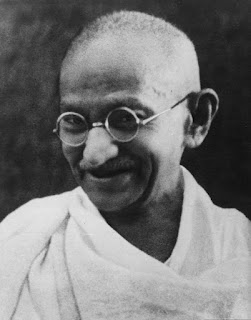 Posted by Christopher Purdy at 9:55 AM No comments:

I spent a lot of my time between 1979 and 1991 at the Metropolitan Opera. Usually as a standee, when $2.00 admitted you to the top floor of the opera house. Hard to see, but oh my, you could hear the splendor. And splendor it was:  the final performances of Nilsson, Bergonzi, Price and Sutherland, Scotto a lot, Milnes, Pavaortti still in his prime. Domingo singing to break your heart.

The greatest splendor was the Met orchestra and chorus. They attained world class status on their own, regardless of the soloists on a given night. The reason for all of this magnificence was James Levine.

To my dying day I will never forget James Levine's conducting in the last five minutes of Pelleas et Melisande, as the orchestra expired shortly after the heroine. Levine made Parsifal so beautiful you would stand through five hours more. His opening of Die Walkure left the audience terrified as Siegmund literally ran for his life.

I heard the rumors. You couldn't be within a mile of Lincoln Center or anywhere he conducted  (Vienna, Munich, Bayreuth, Chicago, Ravinia, Boston, Tanglewood) and not hear the rumors. They long predated my time in New York. James Levine liked to have sex with teen age boys. The Met engaged an African American tenor-who was at least an adult and presumably willing-to keep the conductor away from kids. Better not stand with your back to him if you are a young man. People made jokes. Adults, well placed professionals made jokes, not just idiotic kids like me.

It was all rumor. You can't prosecute a rumor. You can't take a rumor to court. There was never any proof offered and there were no specific accusations. You know why not? Because, the rumor mill insisted, there were huge amounts of payola, from the Met, and from Levine's management, (run by a now deceased titan long thought to have controlled all aspects of the classical music business). There were stories of divas and or their husbands coming up with alibis or bail.

Now men are coming forward claiming James Levine abused them sexually when they were young music students. I believe the men. How does coming forward benefit them? What their bravery has done is finally put a stop to the abuse. Levine is a 75 year old man in a wheel chair who I suspect has conducted his last performance. (The Verdi Requiem last Saturday. I sat listening in my car in a parking lot not caring if I was late for a commitment, the performance was so thrilling) I'm not sure what the system can do to Levine other than destroy his reputation and career. I loved his work, but after what I've read, he's getting off easy.

What troubles me-not quite as much as the abuse suffered by his victims*-are the gossip and the jokes I heard and indulged in those many years ago. I'm ashamed. I share the fury being directed toward the highest levels of Met management who are smugly "taking these accusations very seriously." Denials of any cover ups are flying out of Lincoln Center but I don't believe them.
Rumors of child abuse should have been enough to remove Levine and those  protecting him. Take all of your august financial resources and try to prove the rumors. If you really can't then they remain rumors. But was any powerful effort made to find the truth thirty years ago? Or were people too afraid of Mr. Wilford and busy CYA. A lot of the abuse currently reported took place in the late 1960s, before Levine was ever at the Met. How was this not known? How far back does the company's complicity go? To Rudolf Bing? Certainly in later years its ridiculous to suggest that no one in authority, the people who raised the money and signed the checks knew nothing about this-that they lacked facts.

That Levine's criminal activities and the cover ups at the highest levels of music management combined will destroy the Metropolitan Opera is a possibility. Who will give them money now? Who will join a board that may be corporately responsible for covering up criminal behavior?
It's grossly unfair to the hundreds of people who work for the Metropolitan Opera. People who go to work every day in whatever capacity, who depend upon the Met for a paycheck, who did nothing wrong and should not have to forfeit their livelihoods. Decision makers, if complicit, should pay. They were the people who had the authority to make the abuse stop. They chose to pay, deny and look the other way. For of the rest of us, in the audience, on the bus, walking past Lincoln Center, who traded gossip and made jokes, we'll have to try to forgive ourselves and hope all of these men get the best justice possible.

I'm relieved not to be in a position of deciding whether of not Levine's recordings should be played on the air. Since last week I've been listening to a Levine conducted 1987 performance of Nozze di Figaro with Van Dam, Battle,von Stade and the wonderful Elisabeth Soderstrom. I've put it away. It's not less wonderful since the news broke. But I am. The Met was a home to a lot of us, even those of us from humble circumstances. Now that home is no longer a safe place.

*I dislike the term victim but if it was ever appropriate.....
Posted by Christopher Purdy at 2:20 PM No comments: