The soprano Eleanor Steber (1914-1990) looked like a Christmas tree.
I used to see  her at the New England Conservatory in Boston, her alma mater, where she taught and sang in the 1970s. Her gowns and her hairstyle would have made a drag queen blush.
The voice was mostly gone. The authority and artistry were intact.
She remained a great singer and a great musician, even with means diminished by age and energetic living. 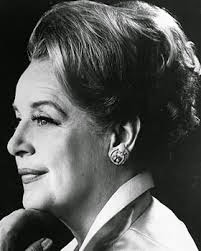 Eleanor Steber 's 100th birthday is celebrated this week. Many have been the FB posts with snippets of favorites from her repertoire. Steber, born in Wheeling West Virginia, studied with William Whitney in Boston and went on to win the Metropolitan Opera auditions of the air. She made her Met debut in 1940 as Sophie in Der Rosenkavalier. Supporting roles were not for our Eleanor. Before long she was Bruno Walter's leading lady in Mozart operas. Eventually she was the Met's first Konstanze and Arabella. She created samuel Barber's Vanessa-after Callas and Sena Jurinac turned the role down-in 1958. By then, high living was beginning to catch up with her. But Seber showed was she was made of, and had a triumph in an opera she had a few weeks to learn.

Eleanor Steber was an American aritst devoted to American music. If one was not supposed to sing 20th century music in Carnegie Hall or the Met, nobody told Eleanor. Dimitri Mitropoulos accompanied her in  Krenek's Ballad of the Railroads. The critics hated it. The audience may have grumbled but Eleanor sold this spiky music. Learning and excelling in difficult new music was one of her trademarks. Steber introduced Barber's Knoxville: Summer of 1915 Knoxville : Summer of 1915 and made it a classic. More importantly, her imprimatur on new works meant they were of quality and to be taken seriously.

That my parents and grandparents, who never set foot in an opera house in their lives, knew and loved Eleanor Steber was thanks to years of radio broadcasts. The Voice of Firestone broadcasts and later TV-became Eleanor's second home. She sang Rodgers and Hart, Gershwin and Carry Me Back to Ol' Virginny with the same voice and technique she used for Verdi, Mozart and Strauss. This was her signature tune to the end of her life:  If I Could Tell You was written by Idabelle Firestone, the boss's wife on the Firestone Hour. Everyone who appeared on this program was required to sing this. Steber made this treacle a classic.

Eventually the party life and a disastrous second marriage caught up with her. New York was losing interest. She was offered one last new opera, Alban's Berg's Wozzeck. "My bel canto soul cried out WHY?" the lady said. She was wonderful in the part-but it sent her packing.

The lady pulled herself together and turned to concerts and teaching. As the years went by and the voice 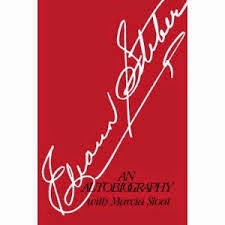 began to fade, personality and musicianship carried her through. She sang at New York's Continental Baths in the 1970s-a notorious appearance doing her little good-but continued to give recitals across the country. Her memoirs-worth seeking out-were published posthumously. Steber's was an American success story. That said, she was the first American soprano to sing at Bayreuth since Lillian Nordica. She sang in Vienna and toured the far east. She became an operatic pin up girl for the GIs. A party girl reputation sometimes caused her to be disrespected. For shame! Eleanor Steber was smart, beautiful and tough. Go listen to her recordings.
Posted by Christopher Purdy at 10:32 AM No comments: 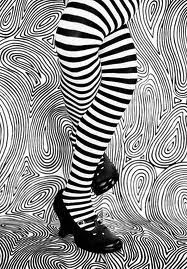 TWISTED  is a show.

I could get all snooty, but Twisted is a show. Three of our premiere arts ensembles, the COLUMBUS SYMPHONY, BALLET MET and OPERA COLUMBUS will take the stage of the Ohio Theater September 25-28.


You need to be there.

Here's why. Each of the above named organizations have earned positive press nationally in the past several years. Through social media and certainly through the press. Ballet Met knocked 'em in aisles at the Joyce Theater in New York. Opera Columbus's rebirth has been celebrated in print. The Columbus symphony long ago proved they can play anything, anytime no matter who is music director. Conductor Peter Stafford Wilson leads three orchestras in two states but will home in Columbus to domin--er, conduct.

Locally, there is  A LOT to celebrate. Twisted gives us the opportunity, while having a blast. Let's get over this prophet without honor nonsense. Three elements will be twisted together, at points of agreement and more excitingly at conflicting points. Peggy Kriha Dye runs the new Opera Columbus.  Some of us would pay good money just to look at her, (she sings, too) but I digress.

I have some involvement with this. I'm going to be keeping a blog-diary here as the process develops. First up, what happens when you get the leaders of three different arts organization in the same room?  Wars, strikes or at least a fair amount of hissy fits. That has not happened in Columbus, yet. Here in July we are at the exciting phase. Nobody is exhausted yet. They will be, but it will a good exhaustion.
These clips are samples from previous productions to get you salivating. Here's Peter Stafford Wilson:


At a meeting yesterday Ballet Met's Artistic Director Edwaard Liang explained in detail his vision for Carmen, La boheme, The Barber of Seville yadda yadda yadda. The singers will be integrated with the dancers of Ballet Met in several of the pieces. If you're familiar with these pieces you'll get a new perspective and a sexy spectacle. If not, you'll be especially enthralled. As an old hand, I 'm eager for Edwaard's take on Carmen!

Twisted. There will be favorite arias sung by wonderful local singers.

The only alarming news from yesterday is the need for me to report to Ballet Met to be measured for a costume! No Snickers bars can pass these lips until then. 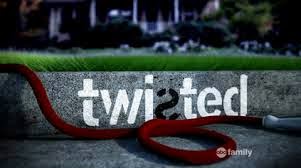 The stage set up will be nothing like you've seen before. The Columbus Symphony plays the entire evening. Music from Wagner's Lohengrin and Britten's Peter Grimes will add passion to the evening. Peggy Kriha Dye has chosen the vocal selections and the singers. The 'farewell trio" from Mozart's Cosi fan Tutte is one of those moments you will remember from first hearing.
Come September the arts in Columbus will have an unprecedented extravaganza on one stage, the Ohio Theater. Chorus, orchestra, ballet and opera and me, somewhere. Look for the fat guy.

NEXT: Introducing our guest choreographers
Posted by Christopher Purdy at 2:28 PM No comments: