Giacomo Puccini (1858-1924) spent some of his time writing the wonderful operas we love today, among them: Madama Butterfly, La boheme, Tosca and Gianni Schicchi,  and spent most of his time chasing down subjects for his next opera, arguing with librettists, placating singers, supervising rehearsals, and trying to stay clear of his bad tempered wife, Elvira.

Like Verdi before him and Mozart before him, Puccini was never satisfied until he had found a new subject for an opera. Later in his career he found three subjects. He planned an evening of three one -act operas and called the grouping Il trittico.
He completed a one act grande-guignol shocker, Il tabarro, (The Cloak) and the story of a young woman who bears a child she is forced to give up, and made to enter a convent: Suor Angelica.  Gianni Schicchi , Puccini’s only comedy,  was the only one of the three to achieve success in the composer’s life time. It was the last opera Puccini completed.

Puccini’s librettist for Suor Angelica and Gianni Schicchi was Giovacchino Forzano (1884-1970). Forzano had studied singing and medicine before turning to journalism. He continued his career as a stage director at La Scala and as a playwright. For Gianni Schicchi ,  the writer turned a few lines from Dante’s Divina Commedia. The story of Gianni Schicchi is expanded upon in Commentary on the Divine Comedy by an Anonymous Florentine of the 14th century. The subject didn’t immediately interest Puccini, who thought the plot too complicated.

Here’s the deal: In 13th century Florence, old Buoso Donati has just died. A rumor has been going around that Buoso has left his entire estate, including his house, his mule (la mula) and the mills at Signa (I mulini di Signa) to the local monks. This will never do. Buoso’s family searches frantically for the will (‘il testamento’) and find the rumors to be true. Young Rinuccio suggests calling on Gianni Schicchi, a wily soul of lower classes who is nevertheless the smartest guy in the room. The fact that Rinuccio is in love with Schicchi’s daughter Lauretta doesn’t hurt. The family is outraged. They want no part of this low rent upstart and his daughter. 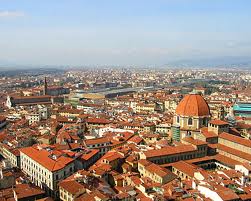 Rincuccio prevails and Schicchi and Lauretta arrive. Gianni has as little use for the Donati as they for him. Nevertheless he has Buoso’s body taken out, dresses in Buoso’s clothes, summons the lawyers and dictates Buoso Donati’s new will leaving the mills at Signa, the house and the mule to…Gianni Schicchi. Lauretta and Rinuccio chirp away romantically. The relatives loot everything they can carry and Gianni Schicchi, consigned to hell by Dante, asks for our applause.

Work on Il trittico began around the beginning of World War I. Puccini’s recent opera The Girl of the Golden West, was written for the Metropolitan in New York. That premiere, with Caruso, Toscanini and Emmy Destinn had been a success, but as the years went by critics carped this was not Puccini at his best. World War I made a production of his newest effort, La rondine difficult. Domestic problems and supervising productions of his operas in Europe and America kept Puccini pre -occupied. Finally the Met asked him for another new opera, and wound up with three.

Opening night in New York, December 14, 1918, was THE musical event of the season, as The Girl had been eight years earlier. No expense was spared. The first casts included some of opera’s  greatest names: Giuseppe de Luca, Claudia Muzio, Geraldine Farrar and Luigi Montesano. British soprano Florence Easton as Lauretta made O mio babbino caro an instant hit. De Luca, adored by New Yorkers, delighted with his Gianni Schicchi. The audience laughed and applauded the wily Gianni and the horrible Donati relatives. Il tabarro and Suor Angelica were another story. Neither rose above a success d’estime. Not even Farrar, opera’s most glamorous soprano,  could save Puccini’s doomed nun. Puccini was heard to say, “La Farrar has lost her voice!” Il tabarro was thought too dark and heavy. The opening night audience, having endured two operas they didn’t like, may have lost hope until the curtain rose on the dead Buoso Donati, his awful relatives, a pair of young lovers and a smart and shifty title character.

The years have been good to Il tabarro and Suor Angelica. Gianni Schicchi was an immediate hit, needing no one’s help. O mio babbino caro was encored. De Luca was cheered to the walls.  The New York Times feared critic W.J. Henderson was polite to Farrar and Muzio and called Gianni Schicchi “one of the most delightful bits ever put on the Metropolitan stage.” Puccini, womanizer he was, was one of very few men who never cared for Geraldine Farrar,  but the success of Gianni Schicchi didn’t surprise him. He turned his attention to the Italian premier scheduled for later that December, and went to work on his opera Turandot. But that is another story.
Posted by Christopher Purdy at 12:43 PM