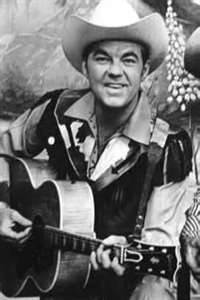 BOOM TOWN may have been a John Wayne or Howard Hawks movie in the 40s, but in my Boston childhood of the 1960s, BOOM TOWN was a morning kids show starring Cowboy Rex Trailer and his sidekick, Pablo.

Not PC , cheerful and handsome Rex packed six shooters and a horse-in the TV studio at WBZ Channel 4 on Soldier's Field Road. TV studios have as much personality as a low end dental office, except the dentists smell better.

Pablo was very much the stupid Mexican, who was always in trouble and always being punished. Thankfully, we have evolved. I swear once he was given a spanking. That'll  put a different spin on a cheery kids show.
Rex was handsome, Rex could sing and Rex was kind. Every year he took a passel of kids to Knott's Berry Farm in California. Parents thought he had said 'Roxbury Fahms' aka Boston's 'hood: "Why would he take children theyah?"

Rex came to a meeting of Cub scout Pack 168 in Lexington, Ma around 1967. I should know. My father was the scoutmaster. So I got a preview of Rex as he drove up in his red truck loaded with guitar cases. Not a horse in sight. He came into the Harrington School gym. We were 8 and 9 year olds, sitting politely in a large circle on the floor (imagine that today?) I don't remember any of the words or music but I'm sure there was the usual adult to kids rant about interfering with yourself mixed in with Home on the Range.

Don't call me cynical. Rex was one of several TV personalities who told us the world was okay. He got us excited about the moon walk. When the KKK briefly tried to gain a hold in Boston Rex told the kids :These are bad people. But don't be afraid. It was okay because Rex said so.

Bozo the Clown and Big Brother Bob Emery were there too. Big Brother Bob had his well loved theme song: "The grass is always greenah in the othah fellas yaaaaahrd". Bozo-oh, and Miss Jean's Romper Room-("who's been a good doobie?") were mainstays but they couldn't sing and they didn't have a horse, much less guns. Rex was cool. He was the dad many wished they'd had-we change our minds on this as we age.

Withal, he was a good guy with a long career.
I didn't know old cowboys went to Florida, but that's where he died a few days ago, at 84.

I don't know what happened to Pablo. And you gotta wonder about Miss Jean and her doobies.
Posted by Christopher Purdy at 1:34 PM