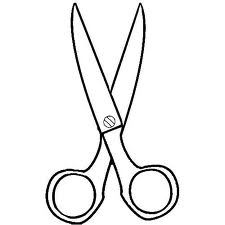 Now that I'm approaching the other side of fifty heading to sixty,  I'm becoming reflective.

A number of years ago it was time for me to get a vasectomy.
The reasons are unimportant, but as a lot of the younger men around me are becoming new fathers,
I began reminiscing about the procedure itself and its aftermath.

I was of a certain age, delighted with the child I had and not expecting more. A call to the OSU Medical Center referred me to the dept. of Urology, and a date was made. No muss no fuss.

Men are always sold the line that snip-snip on your lunch hour and, simple band aid in place in the lower extremities, go off and play racquet ball. You won't feel a thing. All of us hold on to this myth. I did uneasily recall a neighbor who spent a week post snip wandering around his yard in his jammies, when not sitting on a pillow and looking dazed. I decided his procedure was part of something , well, I don't want to say larger in this context, but maybe prostrate surgery.

If there were any pre- appointment instructions, I ignored them. Do Not Do This. On arrival, meticulously showered and you bet with clean NEW skivvies, I was met by a very large woman holding a 35 cent disposable Bic razor. She was not a soft spoken large lady, either.

ARE YOU HERE FOR YOUR VAZ?

In the background ran a tape of Donna Summer and Gloria Gaynor liking the night life and
God bless us and spare us, liking the booty. This when I'm about to lose mine.

TAKE YOUR PANTS OFF.  Check.. NO HONEY, UNDERPANTS TOO.

I looked for the butt open hospital gown and seized it gratefully but once stirruped
(is this a woman's revenge on male OBGYNs?) I realized that no gown would be of any use.

MY GOD Y'ALL GOT A FOREST DOWN HERE!

And so she set to work in and near where the sun don't shine.
Meanwhile Gloria Gaynor continues to rock.
Many of you will not recall the disco era. Ask your parents.
(Get them drunk first)

As she scraped and shaved I muttered the expected, "My its cold in here"
to which the response was IF I HAD A NICKEL EVERY TIME I HEARD THAT FROM A MAN...
Apparently she was able to feel her way around the objects which were in full retreat.
I guess that made the shaving easier. I don't want to know.

YOU ARE ONE HAIRY MAN! I'M REALLY HAVING TO CHOP AWAY DOWN HERE!
I sweat to God, she really did say 'chop away'.

Now, bald in my privates-and it really WAS cold-I awaited the arrival of my surgeon.
Sure enough, a very distinguished looking Asian gentleman arrived..
And his name was...wait for it...Dr. Gong.

You can't make this stuff up.

Dr. Gong was pristine, after- shaved, nail trimmed (thank God) polite and heavy accented.
I didn't get a word but I had a translator.

HE SAID YOU CAN GET THIS REVERSED BUT INSURANCE WON'T PAY AND IT'S TEN THOUSAND DOLLARS.

Well, I could have it reversed or take my denuded privates off the table and go home.
But in for a penny.....

Dr. Gong was accompanied by a pack of acolytes (I wanted to call then mandarins but that would have been in poor taste, considering.) I was reminded that OSU is a teaching hospital. A large group of white coated women and men, the former looking smug and the latter terrified.

A digression. I had never met Dr. Gong but a routine physical a few years earlier morphed into my first ever prostate exam. I'll spare you most of this except to say that not one person put on a glove, about FIFTEEN people put on a glove. I was a Thanksgiving turkey to these good folks, and the male students were more mortified even than I was, bless them. And the attending that day kept saying to each of them, "No! You're not feeling around correctly! Do it THIS way! I was there for an hour and never again will the phrase "A hole's a hole" escape my lips.

Back to the Vaz. Dr. Gong is seated primly while I have no secrets left and very little dignity.
(And it being so cold did nothing for my ego, if you know what I mean).
I cut now! he proclaimed.,.

and at this point Donna Summer began "Let's Dance". You betcha. Call me later.

Tug tug pull pull. Have you ever had a distinguished looking Asian gentelman pulling  on you "down there". Even if you have, at least presumably the room was warm and the lights were low. Not here. The good doctor wanted to share the (lack of) wealth with each of the acolytes, so that-again-all could have a look and take turns watching the scalpel ONE AT A TIME.

I love it when even through Novocaine doctors ask "Am I hurting you?" and  "Gotta cut deep with this one". Two of the acolytes took phone calls during, and I swear one said, You'll never believe what I'm seeing now.

The sewing kit was shared by three of them. The men had the kindness not to snicker, not so the woman.
You get up, now.

C'MON SWEETHEART. LEMME HELP YOU UP!   OOOH LOOK IT! WHAT AS GREAT SHAVE. DID Y'ALL NOTICE HIS SHAVE?

And by God doctor and acolytes alike filed back to take a deeper look at my large, loud lady friend and her disposable Bic. I thought,  if she offers me that razor as a souvenir, I'm going to throw up.

"No sex two weeks!" said the doctor. "I give you Viagra."
He's giving me Viagra and telling me no sex for two weeks.
You might want to write that down.

Since it really was my lunch hour, I was hungry. This in spite of a packet of instructions with words like blood, pus, and my personal favorite, discharge.
I headed to McCarthy's on Indianaola for blueberry pancakes, stopping at home first for a pillow on which to....oh, never mind.

Posted by Christopher Purdy at 11:38 AM