Opera Project Columbus began last year with two women, one who wanted to sing more and the other who wanted to help her sing more. How many orchestras and opera co.s have collapsed in the past ten years. Who 's nuts enough to start a new Opera Co. Are you? Not me. I'm already on cold cereal and generic lean cuisine.


Thank goodness the two wwomen were, if not nuts, then brave. You know what we have in Columbus, Oh? Football, beer, Football, good Chinese food, Football, soccer even hockey (sometimes, and I'm a Bostonian so don't get me started) Jeni's ice cream, terrific garage theater,  two professional orchestras, Football...and damned good young singers. Very talented folks, many of whom love Football. I wish they had a venue locally that would pay them heartily. They don't. That may come in time. Opera Columbus is doing a good job with the young audiece pool, who put down their I-phones and coke spoons long enough to enjoy La boheme.

Here's a bit from last season:


Tonight at 8 Opera Project Columbus presents an evening of opera scenes. None of this Bastein and Bastienne shit. La sonnambula, Manon Lescaut, Madama Butterfly, The Barber of Seville, und so weiter. They have folks who can sing this big boy big girl stuff.  I want them to keep together as a company  attached to a local church or museum 'in residecne' where they'll have a rent free place to perform. Many of this kids--er artists (sorry) are already working professionally. The New York Times has raved aobut one of them. Now its their communities turn. I have to get there late tonight but you don't. Bottoms in seats plase, tonight 7.30, Opera Project Columbus, First Unitarian Church, 93 W. Weisheimer, Columbus. Park in the funeral home lot (don't start) 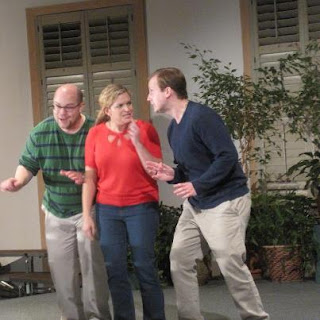 I don't know all of tonight's singers but I don't mind telling you I have a great paternal affection for several of them. I'm also deply impressed with the professionalism, and how they condcut themselvs. Many are now having children of their own.

Sutherland, Callas, Pavarotti, Price, Domingo, Merrill, Tebaldi, Milnes, Corelli, Tucker, I heard them all. I got hammered with two of them and I slep--never mind-with another. They were all young singers once. People went to churches in their home town s to hear them. Nobody went away disappointed. Nor will you, See you tonight.
Posted by Christopher Purdy at 12:19 PM