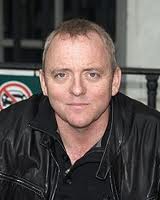 Dennis Lehane's new novel Live by Night traces the career of Joe Coughlin, from his youth Boston as the son of the police commissioner, to his rise amid that city's speakeasies and bootleggers, to his career in hotels, gambling, off-loading and more near Tampa, Florida. Lehane's readers will recognize the masterful blend of street smarts and vulnerability in Coughlin, along with the color of Lehane's favorite era, the 1920s.

Lehane's previous novels include Mystic River, Gone Baby Gone, Any Given Day and Shutter Island.   Dennis Lehane's voice is among the most authentic in writing today. Having myself an ear for Boston-laced dialogue, I had long wanted an interview. Here it is, a phoner recorded October 23, 2012 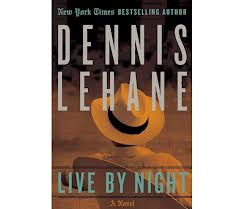 CP: Your new novel, Live by Night, deals with the end of prohibition and goes into the depression years. In your previous book you dealt with the Boston police strike of 1919. What makes a particular historical time interesting to you as a writer?

DL: I'm not exactly sure. Given Day was interesting to me because I was interested in the Boston police strike, so the germ of the idea was always the Boston police strike. That led me into, as I was writing that book, to my favorite decade, the 1920s. The reasons for why that's my favorite decade are as shallow as they had great clothes. It's the grandest failed social experiment in American history-prohibition-you look at a time in which the entire country turned its back on the rule of law. We became a society of outlaws. That must have been so exciting.

CP: I've noticed in your books that even if a reader has never set foot in any of the places you write about, you immediately recognize them. You immediately  become at home. You have a wonderful sense of place. Is that something you developed ? Are you aware of that?

DL: I am insofar as its something I'm place-centric in a lot of ways. I'm someone who can become quickly depressed living in a place I don't like. I'm not one of those people who can just live anywhere. I don't get those people. That might have something to do with my psychology when it comes to place. When I do write about a place its usually a place that I'm enamored of in some way, shape or form. And I try to put that onto the page. But there have been plenty of times when I've written about places I've never been, that I thought for whatever reason sparked my  imagination and came out as  vividly as I'd hoped. I'm thinking of Oklahoma in Given Day or the Pinardo Rio region of Cuba in Live by Night.

CP:  Your ear for dialogue I like very much in that everything sounds very authentic, whether in Florida or Oklahoma, or South Boston or Dorchester.

DL: The dialogue is the one thing, I don't want to say born with,but its something I brought to the table when I started to become a writer. The reason I don't say 'born with it' is because I grew up in a place where people spoke very vividly. Boston in general, but then you get into the sort of inner city neighborhoods, people just speak very vividly. Very pronounced dialect. So, by the time I started writing, as I began down this path, the one thing I could always do is write dialogue, because I'd heard so much great dialogue my entire life, just walking out the door every day.

DL: The very first kind of moment I remember having as a writer -the first revelation I remember having, was connected to dialogue. It was just standing on a subway platform, I heard somebody say-this is the polite PG version, that's not what he said, he said "The hell ya doin'?" It just hit me at this moment. I think I was about twelve, he didn't say 'What" . He went right to 'the hell you doing?" . That's suddenly a moment when you just tune your ear without knowing you did it, but I remember that was a great moment for me, I remember writing it in a notebook. Wow! That's how people really speak here! Not what you see in books, you know?
I
CP:  You were twelve years old, is that when you knew you would become a writer?

DL:  No, that's when I was kind of really walking down the path, but I didn't know I was going to become a writer til I was twenty.

CP: But a twelve year old wouldn't think to go home with a notebook and write something like that down.

DL: I knew that I liked to write, but it was not considered a viable career option where I came from. That's why it just didn't occur to me until by the time I was twenty I'd dropped out of college, with two differed safety majors, I just realized that I was no good at  anything else.

CP: You're not Patrick Kenzie are you?

CP:  In the movies made of your books, are you satisfied in the way they handled dialogue and accent and place. To me, Gone Baby Gone was really vivid


DL: Gone Baby Gone is wonderful -that's the movie where the accents are pretty stupendous. That was (director) Ben (Affleck) That was Ben sort of riding herd , and this is what an authentic Boston accent sounds like . And Casey (Affleck) being the lead -having gown up there as well. As far as I feel about the films over all, I think they're all wonderful. I can't judge them at the end of the day, but I would say they're certainly extremely faithful, and they capture the spirit of the books which is all you can hope for.


Posted by Christopher Purdy at 12:03 PM