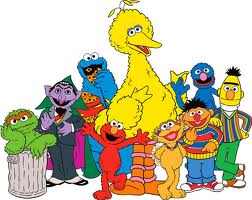 His birdness has become the talisman in the discussions over funding of public broadcasting.. I was a kid who watched Sesame Street and I'm a parent who values Sesame Street. That means Big Bird and company.

But...Let's not forget the wealth of value PBS offers. NOVA, Frontline, POV, Live from Lincoln Center, Masterpiece Theater and Classic...Julia Child! Working at a media outlet I was privy to a morning after Sewing with Nancy didn't air and the sewers and their friends-and there were plenty of them, were not pleased.


I first heard serious music on PBS. I first learned the horrors of a nuclear war on PBS. I learned about Stephen Foster, Elia Kazan Duke Ellington, Stella Adler, Paul Robeson and Jacques d'Amboise on American Masters. PBS told the story of the Kennedy dynasty with praise and honesty. PBS gives voice to children being denied care and education. I could go on and on. So could you.


I'm worried that Big Bird is being used to mock PBS. I interviewed Big Bird a few years ago-I really did-and it was a wonderful experience. I actually said thank you to a large chicken and meant it. Because kids had learned to read and count and sing and I heard Bernstein conduct the Verdi Requiem and Charlie Rose talk to Carl Sagan, Henry Kissinger and Elizabeth Taylor. Put all of those pictures out there with our avian friend.

SUPPORT PBS! The right to informed discourse.
Posted by Christopher Purdy at 2:41 PM