The great baritone Dietrich Fischer-Dieskau has died, at 87. 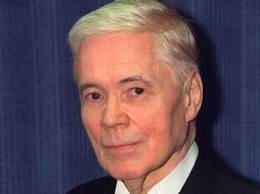 His name was a footnote to me in my foolish youth, because he was not known for loud, florid Italian opera.
He was a lieder singer. German art songs. Very prissy. Stand there in tails and sing in German to an audience that didn't understand German but got together for one of his American concerts because, like castor oil, it was supposed to be good for you.

Isn't it great to be young and stupid?

Back to Dieskau. From him I began to understand the art of intimacy. It takes a lot of power to hold  people around your little finger. DFD could do that:

I used think that a concert with one singer and one pianist was a rip -off. I was with Anna Russell who said, 'The German lied has to be approached with great reverence and utter seruiosness'. she was only partly serious. There's a lot of room for charm, blood, sex, emotion and fire. Dietrich Fischer Dieskau did not have a rolling glorious  baritone voice. It was a good voice. But nobody ever told a story better than Dietrich Fischer-Dieskau. isn't that what singing is? Telling a story? Take a walk on a lovely spring day. Smell the flowers. Pay attention to the sky:

I saw him twice in concert. The first time at age 12. How and why I got there at that age is another story. I had been fit for glasses the week before. The glasses that I left at home that Sunday afternoon.
From the second balcony I recall the outline of a very tall, big man. He sand 'Dies schoene Muellerin.' I didn't know it. They didn't teach German in Sacred Heart parish. I remember nothing about what I heard, and remember I couldn't see either.

Any one of Dietrich Fischer-Dieskau's recordings of 'Die schoene Muellerin' would go with me to the desert island. (Aksel Schotz, too)

I saw Dieskau again, also in Symphony Hall, ten years later. It was an all Mahler program. A lot of the Knaben Wunderhorn songs. By now I was starting to get it. What I remember most is that he made lieder conversational, and that he was singing only to me. The hall was of course sold out, but there I was, now with glasses on-and Dietrich Fischer -Dieskau had me laughing and crying and everything in between. To me his gift was making conversation in and with music. You didn't have to know a word of German to understand, his inflexion and musicianship were so striking.

Still, I regret being blind and deaf to Schubert's lovely mill maid. A great 'what if' for me, along with two others, Tito Gobbi as Scarpia and Cesare Siepi as Don Giovanni. I saw 'em. I was there but damned if I can remember . I'll tell you about them another time.

Posted by Christopher Purdy at 10:17 AM