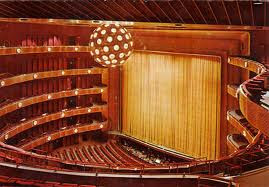 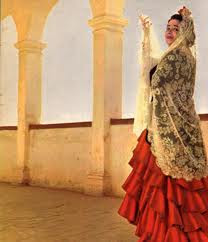 A few weeks after I moved to New York in the fall of 1979,the big news on the streets was the impending New York City Opera debut of Victoria de los Angeles. The great lady had not sung a staged opera in New York for many years. Engaging her was thought to be both a coup and savvy publicity for Beverly Sills, new as General Manager of the Company.

There were two occasions I remember when the return of a beloved artist brought with it great love, great joy and unrealistic expectations. Mme de los Angeles return as Carmen was one of those times (the other was Carlo Bergonzi's Otello in Carnegie Hall in 2000).

But what did I know? I was 22! loved opera and (thought I) knew all about Victoria and Carmen. The City Opera was across the street and the tix were $4. (I always felt welcomed there) It was announced that Mme de los Angeles would sing several performances each of the Countess and Carmen

I  had already crossed Broadway a few times, for Faust and Tosca. Beverly Sills, red hair flaming to shame Lucille Ball, would sit in the first seat stage right of the first level. She was there that October night.

The place was sold out. Victoria de los Angeles had legions of fans, as she does today, a few years after her death. And people loved the City Opera's Carmen. Good cast: Ricardo Calleo (handsome) Robert Hale (dashing)  Gwenlynn Little-a lovely voice you could fall in love to. And one of the great names in opera in the title role. For four bucks.

Recently I found a CD rom of 18 performances of Carmen-beginning with Stignani and Gigli in 1949 (there's a mental image)  and very much including that October performance in New York. I was up there in the cheap seats. I remember VdLa's delayed entrance. At La voila! Voila la Carmencita! the men sang into  the wings...and waited...and then out she came, hands on hips. Deafening applause. A roar that went on and on.

Even from the cheap seats it was obvious this was an older lady. Victoria made her New York debut in1949 and her Met years were 1950-1962. What were we to expect in 1979? She began to sing and you felt the nerves in the audience. The color was there. Her voice was recognizable, but very thin, small and dry. She had trouble holding pitch. There were real flashes of the good ol' sound-like an orange rind-but the lady was working mighty hard! There was a fair amount of quasi parlando going on. And no, I don't remember the sound over thirty years ago.Charles Wendelken-Wilson* conducted. He really tried to help her. I remembered being disappointed in her looks, pig that I was. She didn't sound like her Beecham recording and that disappointed me.

I left after the first act. It seemed more respectful not to stay.


She canceled all the other performances and left town.
What had been a coup for Sills (should she have known better?) turned out to be a flop.

But I'm listeningg to the performance now. Chorus, orchestra, supporting cast all first rate. Robert Hale is very sexy, even audio only. I like Calleo a lot. And de los Angeles has fine moments I didn't stay to hear.

I did see the lady again, 10 years later! in recital at Manhattan music. She had a thread of voice. A frayed thread. She sang Brahms, Falla and Granados in a small hall. She was enchanting. God bless her.

I've said it before. I will always love the city Opera.


*I heard many of his NYCO performances. Years later he was conducting and broadcasting in Dayton. I could have driven forty five minutes and said hello. I didn't.
Posted by Christopher Purdy at 1:08 PM