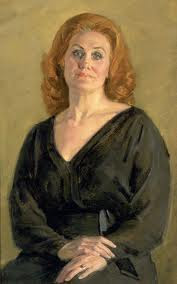 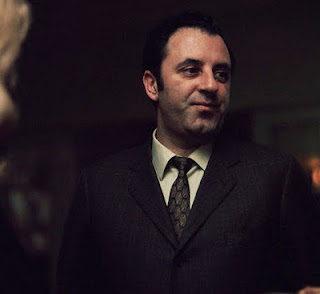 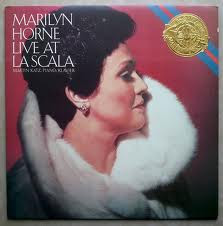 The Metropolitan Opera will present an archival broadcast on January 14: The April 4, 1970 performance of Bellini's Norma with Joan Sutherland, Marilyn Horne, Carlo Bergonzi and Cesare Siepi. The above clip comes from December of that year, but gives a good idea of what is to be heard in January, 42 years after the event.

I remember hearing this broadcast-live, on that 1970 date-on a transistor radio. (Go look it up or ask your grandparents.) I had a battery operated reel to reel tape recorded from Radio Shack ($29.95. A fortune! Unheard of!) By holding the little plastic mic up to the hand- held radio I got a complete recording of this broadcast. What did I know from audio quality and who cared? It was good enough for me-and when, after repeated playings...and playings..and playings..the tape (go look it up or ask your grandparents) began to disintegrate I resorted to duct tape and when the tape joins would stick in the machine I'd just get up and shove it damned well through.

The tapes were good at least until 1974 when I went to college. They lingered in my Uncle's basement for nearly forty years until I recovered them after his death in 2010. And yes,I since acquired this performance of clear sounding CDs. I listen to it seldom, but I'm listening to it now-seldom because it remains special to me: I vaguely knew what this was in 1970 and who these people were but nothing prepared me for the sheer beauty of the music and singing that afternoon.

The Met brought Norma to Boston on tour a few weeks later. I got to meet Joan Sutherland. She was very gracious and sweet, even after a long tough sing. I was 13 and I came up to her, well, I got quite the look down the front of her low cut dress (she had make up on 'em). "They" were extraordinary. so was the singing.

Carlo Bergonzi and Cesare Siepi didn't come on this tour. Bergonzi was and is my favourite tenor. The sweetness of tone and above all his impeccable line are ravishing-then and still. I suspect Pollione was a bit of luxury casting for Bergonzi. He was a stand there and sing guy, but my God sing and sing he did! I saw him later during my New York years. The bloom was long gone but he went for every note and spared himself nothing: in Ballo, Trovatore and Pagliaccii. Remember when he came onstage during the Met -Levine tribute in 96? He was an old man but who was to touch him singing Verdi, even with half the voice that had been.

Good for the Met for bringing this Norma back to the public. Thank you for giving me back one glorious afternoon over forty years ago!

Joan Sutherland died last year. Cesare Siepi died a few months before Dame Joan. Carlo Bergonzi is 87 and has been ill. Miss Horne has had cancer treatment but is active as a -fantastic-teacher and advocate for young artists.
Posted by Christopher Purdy at 3:15 PM