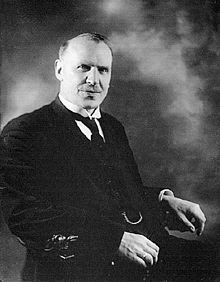 After years in the study of-and love of-music, I had never heard of Norwegian composer Sigurd Islandsmoen ( 1881-1964.) I was browsing through our record shelves the other day. I come up with some of my best programming ideas just filing through the CDs. There was a Requiem by Islandsmoen, a new recording with the Norwegian Soloist Choir. At first I asked myself, "Why a setting of the Latin liturgy from Lutheran Norway?

In fact, Islandsmoe (no, I don't really know how to pronounce it) was known for his music for the Norwegian Church. Ironically, this Requiem was the composer's best known work, though it didn't travel out of Norway. If was completed in the late 1930s and premiered in Oslo in 1943. Another irony, to have this Requiem performed at the height of WWII, when much of Scandinavia was occupied by the Nazi-with the Quisling government collaborating with the Germans.

Islandmoen Requiem is melodic and serious without being solemn (or dull.) No, its not the most original choral work out there, but its worth a listen, and Islandsmoen is a composer worth knowing better. I'm putting this Requiem on air this weekend. Stay tuned!
Posted by Christopher Purdy at 2:50 PM