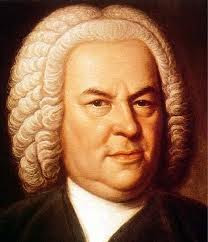 You were put on notice the minute you glanced at the program with its quote from Igor Stravinsky:


"Johann Sebastian Bach's St. Matthew Passion is written for a chamber music ensemble.
Its first performance in Bach's lifetime was perfectly realized by a total force of
thirty-four musicians, including soloists and chorus. That is known. And nevertheless
in our day one does not hesitate to present the work in complete disregard for the
composer's wishes, with hundreds of performers, sometimes almost a thousand...."


Stravinsky was writing in 1942. By that time, nearly 200 years after Bach's death, the large scale forces for the Bach and Handel oratorios were the norm. Those of us of an age to grow up with recordings by Koussevitzky, Mengelberg, Klemeperer and Bernstein-not to mention the early Karajan, heard large choruses, inflated orchestras and operatic soloists. And some of us loved it this way. More was more and more was better.


Joshua Rifkin changed all that thirty five years ago with his performances and later recordings of Bach one on a part and an orchestration close to what Bach would have known. Today, a Klemepereresque 'St. Matthew' would be an aberration. (Too bad). Still what one hears in historically informed performances today is the intricacy of the writing, the drama of the story and the beauty of the music.

I wonder if 'beauty' is a facile phrase today to use in discussing music. I not only want to hear music played beautifully, I also want to hear beautiful music. The St. Matthew Passion
may be the score we save from Noah's next Flood. One needn't be religious or Christian to appreciate the drama in this music: the halo of low strings surrounding Jesus's spare lines, the advanced-for the time-chromaticism of "Warlich dieses ist Gottes
sohn gewesen (Truly this was the son of God) or the insistent dialogue between Peter and the maids who recognize this distraught apostle. It's perfectly possible, indeed nowadays imperative to play this work with a reduced chorus and chamber ensemble.

At Oberlin, the soloists blended into the chorus. There were nine singers on stage and a quartet of sopranos in the choir loft. The singers were some of the best in the baroque music business: Ellen Hargis, William Sharp and Max von Egmond as Jesus. It was a joyful night for tenors, with superb singing by Thomas Cooley-the Evangelist, and by Derek Chester. His 'Geduld, geduld' (patience) was a high point of the evening.


The orchestra looked to include students and well regarded professionals, including Christopher Kreuger, flute. Kenneth Slowick's conducting was energetic-not fast but energetic. He didn't skim over the music in a flurry of white tone: he let the singers and instrumentalist tell the story. The occasional ragged ensemble and hard to tune instruments were more a testament to the student environment and I'm sure limited rehearsal time for a such an imposing work.

The St. Matthew is long-pity the souls and posteriors of the first hearers in a cold church in Leipzig-but Slowick and his artists were as fresh and spirited at 10.45 pm as they had been three hours earlier. I imagine they could have performed the entire work all over again, right away, and I know the full house-with a lot of young people, praise God!-would have been delighted to stay put.
Posted by Christopher Purdy at 5:17 PM