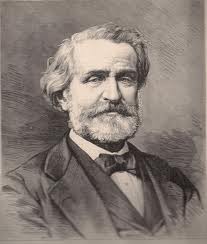 There is nothing at all boring about this essay of the Verdi operas. I am listening to one, complete, no interruptions each day. Herewith just a few gut reaction comments. so far, I Lombardi, I due Foscari and Alzira have been exciting surprises. Giovanna d'Arco and Un giorno di regno not so much.

Is this the second least known Verdi opera after Alzira? I liked Alzira. I like Il corsaro, too. It's another Il corsaro. It's an opera worth doing if you have a strong tenor.

Lord Byron hyper romantic impossible situation with a Pasha, two women, a harem and a tenor pirate. This is the tenor's opera, though each soprano has a fine aria. The finale is quite beautiful, as Medora dies after poisoning herself. The love music isn't memorable. Verdi was still in his noisy more-is-better period-But there's lots of stirring music. Forget the story. Michael Fabiano would be great in


Verdi had been chided for no longer turning out his patriotic operas. Perhaps La battaglia was his response. The political struggles here are clothed in the occupation of Milan by a German emperor. Verdi achievers a synthesis here of political rabble rousing and heart. This is a terrific opera, worthy of revival. The finale, with the death of Arrigo on the steps of the Milan cathedral, is a melodramatic treat. I'd like to see this done on stage-Michael Fabiano, Angela Meade, Rene Pape, --and for the big Verdi baritone Rolando---??? well, only Delavan comes to immediate mind. 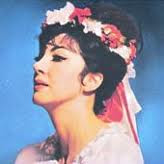 
It was Anna Moffo's photo on the cover of her recording of Luisa that got me to listen to this opera forty years ago. I've always enjoyed it. We get the first deeply moving father-daughter scenes, especially in Luisa's last act. The tenor had a great extended scene. If the situations are not quite believable well, that's opera folks. Two good bass roles, with Count Walther given some lovely music in Act I. Likewise the Act I finale on paper has a keystone cops quality saved by dramatic music. This is an opera for a Trovatore like cast of soprano, tenor and baritone. If Verdi were alive today he'd cast Zajik or Blythe as Frederica.

Posted by Christopher Purdy at 1:53 PM