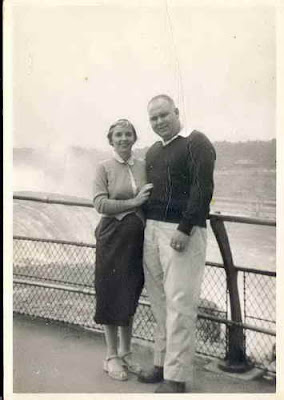 Tomorrow would have been my mother's 95th birthday.
She would tell you she was really 81 "and don't I look wondahful?"
She did, and she would today, even at 95!
It's hard to beleive she's been gone for thirty years.
She'd insist she was in heaven, "Hiding from your poor father and his sisters, who were all lovely women. Could never live with them."

She dispproved of my love life, though I imagine her to have been secretly relieved I had one. "If you 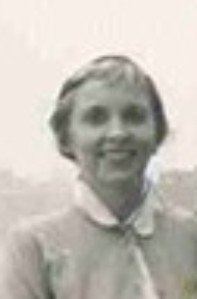 want to marry that lovely fat girl, suit yourself. She has quite the mouth on her."
Said woman, with whom I was involved all through college, sang I know that my redeemer liveth as the processional at my father's funeral in 1981. We all had to stand. And stand. The singing was beautiful and the music sublime. But, in a stage whisper from the new widow I -and the entire church-heard "This is very long! You know I got people comin' back to the house afthah!"

My mother had three brothers. Army/Navy veterans, tough guys. I expect they were all afraid of her.
Her parents lived to be very old. Into her fifties she would march into her childhood home to clean curtains, arrange furniture, leave meals and lists for my Uncles...who had lives of their own-too bad, they shoulda asked first.

That this was technically breaking and entering was of no cocnern to her. She made me do it.

She adored her brothers, her parents, her nieces and nephews, and me.

At her death one of my cousins cried out, "Who will run our lives?"

That she knew neither her daughter in law or her only grandchild is a lasting sorrow to me.
Her granddaughter is the image of her.

She endured the years of my father's long, long decline, and a lonely widowhood. She was beginning to  lose her memory when she died suddenly. God was good to her.

Posted by Christopher Purdy at 10:00 AM

How beautuful, Christopher. I would have liked to have known her. I lift a glass first in honor of the life she lived and second to the amazing son she raised. Happy birthday, Mary.