What's the Greatest Voice You Ever Heard? 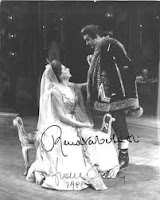 Needn't be  "classical". Janis Joplin and Adele would make my list.

Please leave your own choices on this blog. I want to make a collection over the next month to encourage myself and others to listen to one and other's choices. Don't be shy. There are no wrong answers.


A listener died and left me crates and crates of back issues of OPERA NEWS.
So all of these crates were a rich play ground for me. 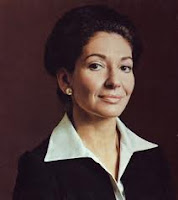 I first received this magazine in 1968 at age 12 and have been a subscriber ever since. But I manage to hang on to very few.


(Wife: You are NOT
bringing that shit in here!")

I've been listening a lot over the past weeks trying to gather my own list. Its impossible. Like the ol' potato chips, its impossible to choose just one.
With one exception, I limited myself  to only one voice I never heard live. I could have, had I gone to Russia, as this artist lived to a great age and was reportedly still singing well at the end of his life:

This rich voiced Armenian baritone seldom appeared outside the old Soviet Union. Reports would come back form the USSR and Europe about the Armenian baritone with the beautiful  voice. This is The Greatest Voice I Did NOT Hear Live

Lisitsian sang a lot of Italian Opera-in Russian-Rigoletto, Germont, Amonasro. He sang a lot of lieder and art song, always in Russian translation. Remember up until fifty years or so ago vocal music was generally sung in the language of the audience. I chose Yeletsky's aria to show you Lisitsian's gorgeous legato, and I always enjoy hearing a great voice sing in his own language. What a Great Voice! 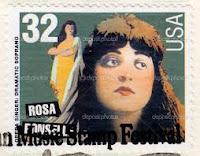 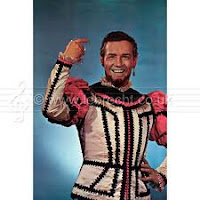 Characterization? All of it. Every scrap. A beautiful voice that says nothing is a bore. A flawed voiced used expressively (Callas, Sills) can be very exciting. A stentorian, exiting voice with nothing much behind it can be dull . I want to hear a sound ion which to wallow and a wonderful legato.

I heard this tenor live many times. It was late for him, but she made no cuts, never dodged a note, never cheated. Pavarotti cancelled his apeearance at a gala in New York in 1996. Bergonzi, then 72 walked out unexpectedly. The place went bananas before he uttered a sound. It was not a young man's voice and the top notes weren't rock solid in his prime. Never mind. Carlo Bergonzi kept the line and sweetness of tone.

This voice never failed. It was louder, richer, high and faster than anyone else. he one thing you don't get in recordings is the most important element: Presence. Birgit Nilsson's voice was an arrow aimed right between your eyes. Pavarotti could sing a piano than projected  beautifully to the cheap seats. Marlyn Horne made the most fiendish music sound easy-and magnificent. She never cheated, either.

But THIS voice. I don't think there will ever be another like her. There will be, and their are magnificent voices but this artist could sing it all. And again, the voice was huge and warm in person, elements hard to capture on recordings.

Isn't this hard? What about Pavarotti, Caballe, Domingo, Horne, Janet Baker, Merrill, Pape, Leontyne Price...oh wait I have room fotr an encore. This vocie and this specific performance are incredible. Enjoy:


Who are your great voices? Leave your choices here:

Posted by Christopher Purdy at 2:52 PM