Don't pee on my leg and tell me its raining 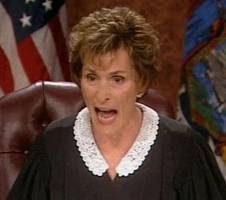 Judge Judy has a wonderful saying. "Don't pee on my leg and tell me its raining."

I thought of that while watching the recent Met Traviata in HD.


I liked Natalie Dessay's passion and commitment. I think she is an important, honest artist. I like Matthew Polenzani's singing. Why he had to be made up to look like a woman beats me. Hvorostovsky, my God that's a beautiful voice, magnificent, but a little emotion or connection to the story would have been nice. Hvorstovsky is peerless in Russian art song, and as Onegin and Yeletsky. He'd be a splendid Figaro in Barbiere, Count in Nozze di Figaro-maybe even Golaud. But he lacks the sheer vocal mass to be a Verdi baritone. He is the Met's go-to boychik these days for Verdi-as Marcello Giordani is for the tenors. Nice, ringing, loud enough but coarse and no personality.

Is there anything worse than old farts like me bitching about how everything was better in days gone by? Look, I think opera is healthier now. We are getting a lot of new works and they are being given a chance. Dessay is one of several artists who dig into the music. But only a few revel in singing-in the musical line. Only a few base their performances of the music ON the music. Florez, Lawrence Brownlee (we need more of him) Joyce DiDonato, Gerard Finley, Terfel. And yes there are magnificent voices today: Stephanie Blythe, Bryn Terfel, Rene Pape, Eric Owens, Morris Robinson (more! more!) Diana Damrau.

But the stagings are dull. My God, did the France of Manon have to look so dreary? Piotr Beczala is one of my favorites and he didn't disappoint. Netrebko was sexy and glamorous but if you look into her eyes on the big screen there's not much going on. (Go to youtube and watch Beverly Sills sing 'Adieu, notre petite table) Anna Bolena's Tudor London looked overcast-Anna looked great but did it rain every day in May of 1536? Why not open up the stage like a flower with light!

(Damned if I know why there was a bed in church)

When you stage the Ring with a machine having little to do with the story, and said machine gets all the publicity, well...


I'm basing my remarks on HD presentations. It might be sunshine city in the house. I don't know. But it feels like the HD audience is what the Met is aiming at these days.

Stop putting on these empty staged productions and saying they are 'new modern retelling.' They are done to save drachmas. I don't care if it's Salzburg, New York or Columbus,  Ohio. You can't fool the public. I like pretty people as much as the next guy. A lot of our pretty singers sing very well indeed. But they are not the great voiced monstres sacrees who could burn the stage down with their voices. Thomas Hampson is a great artist but as Macbeth? Iago? Roberto Alagna is wonderful in French opera, but Radames? C'mon. And why did Violeta Urmana squall her way through all those Aidas with Latonia Moore as her cover. It should be the other way around thank you very much. At least the current Aida has a damned sphinx.

I'm waiting for the Rat pack Rigoletto-60s Vegas is probably cheaper than 15th century Mantua. Photos show the Rigoletto and Ballo costumes are interchangeable. Dry cleaning bills must be less than separate costumes.

And another thing! What's with the short careers? Think-who is still singing well today that you first heard in 1980?

Posted by Christopher Purdy at 9:21 AM