"Our job is to lie, cheat and steal" 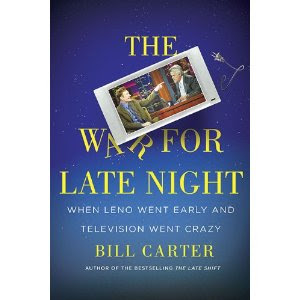 Here's a paragraph from the end of an entertaining new book, The War for Late Night, When Leno Went Early and Television Went Crazy by Bill Carter. He writes with a real "You are there" perspective. This story concerns Lorne Michaels, the long time chief of Saturday Night Live. Years ago Michaels became dissatisfied with SNL, and wanted to leave. HE went in to the office of NBC Entertainment Chief Irwin Seglestein, intending to resign. Here's what Segelstein had to say:

" When you leave, the show will get worse. But not all of a sudden, gradually. And it will take the audience a while to figure that out. Maybe two, maybe three years. And when it gets to be , you know, awful, and the audience has abandoned it, then we will cancel it. And the show will be gone, but we will still be here, because we're the network and we are eternal. If you read your contract closely, it says the show is to be ninety minutes in length. It is to cost X. That's the budget. Nowhere in that do we ever say it as to be good. And if you are so robotic and driven that you feel pressure to push yourself in that way to make it good, don't come to us and say you've been treated unfairly, because you're trying hard to make it good and we're getting in your way. Because at no point did we ask for it to be good. That you're neurotic is a bonus to us. Our job is to lie, cheat and steal. Your job is to do the show."
Posted by Christopher Purdy at 3:41 PM