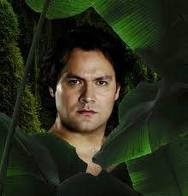 I've had the pleasure over the past few weeks of actually sitting down and listening to the live broadcasts from the Met. There was a beautiful La Boheme on February 27, and then this past Saturday the Met's broadcast premiere of Verdi's Attila. Hard to believe a big Verdi opera has waited 150 years to be done by America's preeminent opera company. Attila is no stranger to New York: it was a staple at the New York City Opera with Samuel Ramey for many years from he early 1980s, and as Mr. Ramey approaches retirement age he took on the cameo role of Leone in the Met production, a nice "pass of the torch" gesture.

What a great opera! I hadn't heard Attila in a long time and I've missed something. There are starkly beautiful religious chants, big, wonderfully nasty cabalettas for the warrior Odabella, bel canto line and beauty for he baritone Ezio and some nice soprano-tenor duets. Foresto, the tenor is one of Verdi's few supporting tenor roles, but the Met did it justice by casting the wonderful Ramon Vargas.

This was the first time I had heard Ildar Abdrazakov, the young bass (33!) who sang the title tole. Like Ramey in his prime, who owned this opera for my generation, Mr. Abdrakazov has a large voice with plenty of beauty, a deep, pleasing presence that he never sacrificed to make dramatic points. He didn't have to. With Ricardo Muti conducting-in HIS Met debut!- the balance was perfect between Verdi's long melodic lines and the crash and dash moments that give the opera its forward momentum. What I loved was how Muti-and thus everyone-respected and loved this work, for all of its violence we heard two hours of great MUSIC,beautifully made.

I can't comment on the production because I heard it without seeing it. What I heard was an afternoon of superb music making, being re-introduced to an early Verdi opera, like encountering a past girlfriend from long ago and finding her aged but in every way alluring. Bravo.

The recording of this broadcast will make the rounds. Meanwhile, don't forget the first modern stereo recording of Attila, conducted by Lamberto Gardelli, with Ruggero Raimondi, Sherrill Milnes, Carlo Bergonzi and Cristina Deutekom. Muti's recording has Samuel Ramey, Giorgio Zancanaro and Cheryl Studer from La Scala, and I believe there's a DVD with this cast, too. No excuses! Go find Attila!
Posted by Christopher Purdy at 10:09 AM