The meanest Buckeye linebacker is no match for a prima donna. Columbus's Southern Theatre had a packed house  on a January night in 1914, waiting for diva Mary Garden, Debussy's first Melisande and the toast of Paris and Chicago, to appear in recital. But Mary was eight hours away, leaping at the chance to sing a favorite role, Massenet's "Jongleur de Notre Dame" in the Windy City. A wire was dispatched to the hapless crowd in the Southern. Mary was a no-show. The audience wasn't amused, nor was the Columbus Citizen: "Mary, Mary quite contrary/How does your garden grow?/An opera date/will surely bring/more kale in the spring, y'know." Just for good measure, Mary cancelled her make up date, scheduled for four days later, to sing Manon in Chicago.

If Columbus had no resident opera company until 1981, Central Ohioans traveled to hear the
Metropolitan Opera on tour in Cincinnati, braving a flood for an opening night "Faust" at the Music Hall in 1884. Special trains were run from Columbus, and the New York Times reported, "There were some strangers present, who came into the city early in the day on trains that ran through long stretches of water, and who heartily wished they had not ventured from home." Cleveland was a favorite Met tour stop, from "The Barber of Seville" in 1899 to "La traviata", with Granville born Barbara Daniels as Violetta, eighty- seven years later. Not that Columbus lacked for operatic glamour. Adelina Patti appeared at the Auditorium Theatre on Town and Front Streets in 1893, but not before receiving her $5,000 fee in gold coin. Our large German population demanded Wagner, inviting Angelo Neumann's touring company to present its potted Ring cycle in 1899. Memorial Hall opened on Broad Street in 1907 to make a home for touring orchestras and artists from Rachmaninoff to Jan Peerce.

Mary Garden finally arrived, with the touring Chicago Opera to triumph in Alfano's "Resurrection" in 1928. She returned the following year for Thais and Fiora in Montemezzi's "The Love of Three Kings." Garden was not the only star to come through Columbus. Rosa Raisa, Puccini's first Turandot, appeared as Aida with Alexander Kipnis. Charles Hackett was a big name in radio. Maria Olczewska, Richard Strauss's favorite contralto in Vienna, sang Carmen in Columbus. The Columbus Auditorium later became a Lazarus annex. "If you want to stand on the very spot where Mary Garden thrilled 5,500 opera lovers in 1929, you can", writes Phil Sheridan in his 1978 Those Beautiful Downtown Theatres. "Climb either of the two short stairways to the range and refrigerator display, walk to the center, face east, and you're there."

Full scale opera productions came through Columbus between 1935 and 1950 via the touring San Carlo Opera. Organized by a Brooklyn born impresario called Fortune Gallo ('lucky rooster') the San Carlo's "Aida" could play on any stage, the public seldom bothered by the chorus of six and whatever elderly camel could be rented from the local zoo. Dorothy Kirsten, James Melton, Richard Tucker and contralto Coe Glade all played Columbus with the San Carlo, usually at the Hartman Theatre. Beverly Sills began her career at seventeen with the touring Charles Wagner Company, visiting Columbus in 1949 and 1950. Mees Hall hosed a 1954 tour of Mozart's "Cosi fan Tutte" starring Phyllis Curtin. Miss Curtin, America's loveliest soprano, remembers Columbus fondly. "I felt myself really growing and changing as an artist during those performances at Mees Hall." Maria Callas sang one of the last concerts of her career in the Ohio Theatre in 1974, repairing to the Kon-Tiki for a late dinner. Broadcaster Mary Rousculp (Hoffman) had caught La Callas Port Columbus earlier that morning for a pithy, impromptu interview, one of the the diva's last.

The Ohio State university presented staged opera going back to the days of Royal Hughes ,whose 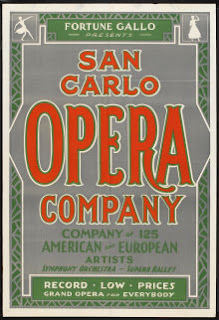 voice students included Ruby Elzy, the original Serena in "Porgy and Bess".  Irma Cooper, long a beloved local artist and teacher, sang a sinister Herodias in "Salome" at Mershon Auditorium, with Grace Bumbry in the title role. Evan Whallon's love for singers led to a series of operas with the Columbus Symphony, including "Die Fledermaus", "La boheme", and "Don Giovanni".  James King and Pablo Elvira co starred in Verdi's "Otello", and Christian Badea led one of the most complex of all opera scores, Richard Strauss's "Elektra" with Johanna Meier and Barbara Conrad.

Michael Harrison put Opera Columbus firmly on the cultural map, following a "Tosca" in 1981. The thrills were not all on stage. "Jack Hanna brought all sorts of animals for our Aida" remembers Harrison, today General Director of the Baltimore Opera. He brought two llamas into my office, and they relieved themselves in the elevator! That was the production where the tenor threatened to have me killed for firing him. The Columbus Police protected me admirably." Harrison points to the world premiere of Pasatieri's "The Three Sisters" with pride, and "I loved coming back to sing the Simpleton in "Boris Godunov" with the great Jerome Hines. That was a role to which everyone thought I was ideally suited!"

"Opera Columbus went under for four days in January, 1991, but Irma Cooper, Phil Jastram and Rocky Morris raised the money to keep it going," remembers former General Director John Gage, now with Dallas Opera. "Phil was not going to let it go under." Bill Russell brought bel canto elegance back to the Palace Theater with "Anna Bolena" and "Lucia di Lammermoor", along with another world premiere, Leslie Burrs's "Vanqui".

Today, Opera Columbus moves into a new era with performances at Ohio State's Mershon Auditorium. Opera IN Columbus is different than Opera/Columbus, but our hometown company continues to set a high standard.

eToro is the ultimate forex trading platform for new and advanced traders.