Approaching another birthday, and with the years advancing and the returns diminishing, it's time to look at a Bucket List. I do so publicly to give myself a bit more impetus to make things happen.
Have a swimmer's body? Eat whatever I want with no concern? Never need to excersise? Those boats sailed long ago. I look my age. I've earned it.

I've always loved the elegance and craziness of Stein's text and her love for "Saints and Avila" combined with Virgil Thomson's Southern Baptist hymnal influenced music.

Stein and Thompson stressed clarity (!) You might not understand the text, but the worlds are clearly set. This is a witty and strangely moving opera. I would love to immerse myself in Thomson and Stein's worlds.

Four Saints in Three Acts is worth knowing better.  I don't understand why this isn't done more often, certainly its perfect for colleges.

All I need is a venue, a cast, an orchestra and money. Who's talking to me?

Anne Sexton's take on Grimm's fairy tales became an opera in the 1970s. Renee Fleming, in her excellent book, The Inner Voice, the Making of a Singer (should be required reading for any young musician) describes of production of this work in which she sang very early on.. She maintains this was one of he great events of her career.

There's a wonderful production of Transformations, set in a mental hospital. I've seen the video and I can't imagine a better staging. What a wonderful challenge this would be!

Both works have large casts and make no horrendous demand on young-or not young-voices. These could be two "community" projects.

Never been. I'd like to sit in San Marco in Venice where Monteverdi was maestro di capella. I'd like to go to Milan and say a prayer at Verdi's grave in the Casa di riposo. I'd like to take a day off form sobriety and have a grappa. I'll settle for a gelato. I'd like to wander through the Sistine Chapel. Can you wander there?


I'd like to see the faded image of Leonardo's Last Supper at the convent of Santa Maria delle Grazie. Just to stand in front of it for a minute: 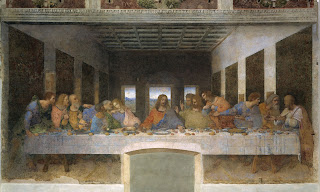 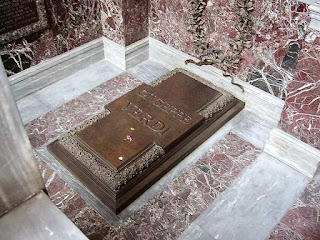 I'D LIKE TO START A CHOIR made up of autistic children who don't have language. Music is a path to language. I'm inspired by the story of a fine singer who had a devastating stroke that robbed her of spoken language. Her voice was unimpaired. Not only could she sing beautifully, but she could sing the words she had always sung. Having a day to day conversation became challenging, but she could sing Mahler or Strauss to knock you on your ass.

I heard about this and thought, Bingo! Use music to cultivate underperforming areas of the brain! And spend your time with kids. What's not to love?