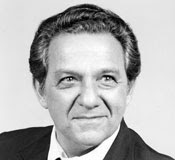 It must have been his choice to concentrate on the character roles that bought him fame, fortune and longevity. He was a superb technician and at 80 his singing needed no apology. It was said that James Levine "would not hear" of Charles Anthony retiring from the Met. Time told, but we are all the richer.
Posted by Christopher Purdy at 2:14 PM