MET GOES TO THE MOVIES: EUGENE ONEGIN and a MEMOIR...ROB BREEN AND BOSTON 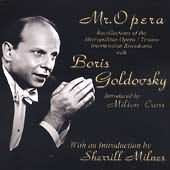 The Metropolitan Opera presents an HD presentation of Tchaikovsky's Eugene Onegin
on Saturday, February 24th at 1.30 p.m. Go to www.metopera.org and click on the
Met Goes to the Movies Icon to find the theater nearest you.

Here in Columbus, Ohio, its the Regal Square Cinemas at 1800 Georgesville Road.
Dimitri Hvortsovsky sings the title role, with Renee Fleming as Tatiana, Ramon Vargas as Lenski-a role I've always wanted to do-and Valery Gergiev conducts.
There's not a ticket to be had for any of the performances in New York.
You wanna see this? Hie thee to a cinema near you.

I'm looking forward to this above all other such presentations, and the two I've seen have been wonderful. Onegin is a great favorite of mine. As I type these lines, I'm listening to a performance given in Boston's Symphony Hall in October, 1976. My roommate and good buddy Rob and I attended this via rush seats. Seiji Ozawa conducted the Boston Symphony. Rob is a clarinetist and his teacher, longtime BSO favorite Pasqule Cardillo (RIP) told him that Onegin was "Terrific. Long but terrific." I'm sure I found it long thirty years ago. I'm sure I found it terrific. I had never heard it before that night. To hear the Boston Symphony in Tchaikovsky's music, or anyone else's come to that, was/is a privilege. And the cast! Two people I had heard of thank you very much: The great tenor Nicolai Gedda, one of the finest artists I have ever heard sang Lenski. Onegin was sung by Benjamin Luxon, who was a BSO favorite in the 70s and he was fine. Tatiana? For shielding the writer Solzhentisyn, one of the greatest Russian artists, Mstislav Rosptropovich was thrown out of the country, stripped of all his honors and relegated to 'non person' status. Solzhenitsyn was stripped of citizenship, harassed an exiled, Nobel Prize and all. This was big news in 1976, as was the intervention of Senator Kennedy on his behalf. It was rumored Rostropovich would conduct this Onegin performance in Boston. He didn't, but Tatiana was sung by the Russian diva Galina Vishnevskaya...Mrs. Rostropovich. She was tremendous. A very beautiful woman, then in her fifties, the greatest soprano in Russia, for whom Britten wrote his War Requiem, for whom Shostakovitch wrote several great orchestral song cycles, her career came to a full halt because thirty years ago there wasn't much room in the west for a fiftyish Russian soprano who sang Tosca and Madama Butterfly in Russian (our loss) and thirty years ago Russian opera in the vernacular was rare in this country. But not in Boston in October, 1976.
Thrilling too was the Tanglewood Festival chorus! What a night!
I remember Rob and I shared a 'high'. He might not remember, but I do.

The story is based on the poem by Alexandr Pushkin (1799-1837).
As Alistair Cooke once described him, Pushkin "is to Russian literature what all of Shakespeare, Dickens, Thackeray, Melville and Thoreau are to the English speaking world". Onegin is the bored nephew of a wealthy landowner, who, through his friend Lenski is introduced into the Larin family. Lenski is engaged to the older daughter, Olga
("I haven't seen you for an entire day!"). Tatiana, the younger daughter, falls hard and at once for the aloof Eugene Onegin. She writes him a letter, pours it all out and is rebuffed by him for her pains. "You may regard me as a brother, but you should never share your heart, and certainly not with me , a stranger."
He takes her young feelings and tramples on them. Later, at Olga's name day celebrations, Lenski and Onegin quarrel, and Lenski provokes a duel, in which he is killed-Gedda was incomparable in this scene. Years pass. At a ball in St. Petersburg Onegin is welcomed by his elderly cousin, Prince Gremin. When introduced to Gremin's wife, the much younger Princess Gremina, Onegin realizes that this is Tatiana, and now he falls for her. But she dismisses him.
"I am a married woman. When once it was possible for us, you gave me only coldness." And Onegin is sent away.

Boris Goldovsky once told a story of a production of Onegin he staged in Boston,
fifty or so years ago. (This opera has good luck in Boston and I had the good luck to hear it there) Imagine Boris, conductor, producer and radio raconteur with a thick Russian accent
that years of living in Brookline, Massachusetts didn't erase.

"In the lest seen (last scene) Feelis Koortin
(Phyllis Curtin) as Tatiana came onstage on the arm of her husband, Prince Gremin.
She carried a fen (fan) and vore peenk flowers in her het (hat).
Now. Every Russian schoolchild knows that Tatiana at the ball enters waring red flowers in her het (hat)
When Feelis vore a peenk, het there vuz a gesp (gasp).
Mother, in ze frunt row, was greatly shocked at this!"

The opera is filled with spectacular choral scenes and waltzes and polonaises that always bring gasps of recognition from the audience (Rob gasped thirty years ago. "But I've played this!")
Tatiana's Letter Scene, the dances of Acts II and III, Lenski's aria at the duel and the great final confrontation of Onegin and Tatiana make this, not a Verdi opera, which it could have been, but a Russian sensation.

Any library will have Pushkin's verse novel Eugene Onegin
Don't miss Galya-the memoirs of Galina Vishneskaya.
This is nothing like a diva memoir, but a harrowing book about trying to be an artist in
the Soviet Union.

Posted by Christopher Purdy at 1:45 PM

Hi!
Yap, we are ready for tomorrow!!! I just love Tchaikovsky and will really be enjoying the great Opera. My husband and me convinced also some friends of ours to join and I think this is a really nice opportunity to listen to some great singers (looking forward to hear Renee Fleming).

thanks, as always, for the terrific information. But your title gave me a start--thought "Bob Breen" referred to Robert Breen, who vitalized ANTA in the late 40s and produced/directed the touring Porgy and Bess (1952-1956) that restored the fully operatic version--and wondered how that connected with Boston and Eugene Onegin!